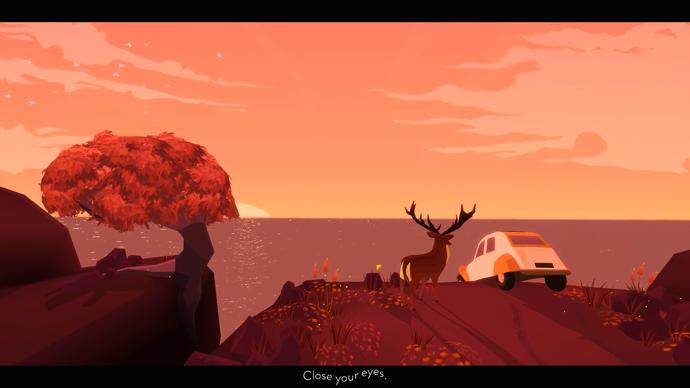 As a ‘story game’ aficionado, I was hoping to like the well-reviewed and App Store-featured Far From Noise. It is very pretty and it touches on themes like depression and anxiety and despair that are not typically covered in pretty games.

Sadly, I found the game overlong and repetitive. Believe me, it’s not that I don’t understand magic realism or that I need constant action and input, but rather that it is superficial, poorly written, and mistakes childhood anecdotes with character development. It isn’t Philosophy 101 – it’s Philosophy 001.

I don’t find it especially interesting or satisfying to dunk on Far From Noise, given the evident heart poured into the game by its creator. I’m more interested in exploring why it was so well-received by the games press, but I’m also wondering how I can do that without coming across as an enormous asshole who thinks he understands philosophy and games more than anyone else – and believe me, I don’t.

So I’ll try it this way: if you want to read or watch a tale about depression and despair, there are plenty out there for every kind of taste. But if you want an interactive experience that isn’t a text adventure, there are slim pickings indeed, so when a pretty game comes along that references Thoreau and Emerson, it’s praised despite its considerable shortcomings, so as not to discourage others. And given that the games industry exists in a continual state of half-imagined, half-imposed inferiority to ‘higher’ art forms, it’s not surprising that people celebrate the few games that tackle more serious subjects, especially if those games have nice graphics and are bug-free.

The generosity of games reviewers towards Far From Noise doesn’t necessarily stem from ignorance or naivety or insincerety, but rather from their desire to grade on a curve – to judge it solely against other games instead of other media. Perhaps you think that’s appropriate, but I think it holds games back. It makes it difficult to distinguish truly great and beautiful games like Kentucky Route Zero from mediocre games like this one.

We should not be ashamed of expecting better.