We open on two college students driving through the woods at night. One is peering at the bright screen of their phone, giving directions.

“Can’t this piece of junk go any faster?”

“If you want to get out and push, you’re welcome.”

“I heard that if you get to the party before anyone else, you get, like, a lifetime supply of everything.”

“Yeah, well, I haven’t seen any other cars for the last twenty -”

The car screeches down a narrow track. They arrive at a clearing where a very expensive, very high-tech tent has been set up.

They high-five, and sidle in.

We pull out from these words projected onto a massive screen. It actually says “Clear’s next Killer App” where Clear is a logo for an internet company. The screams turn into rapturous applause. We’re at a press conference, a cross between an Apple keynote and an interview.

A young Cillian Murphy is on the stage.

“Now, did I hear you say two *billion* users?” asks the interviewer?

“Two point *one* billion users,” corrects Murphy, with a twinkle in his eye. Everyone chuckles.

“What’s the secret of your success?”

“It’s simple. We created an app that helps people help each other. These are hard times, and I believe that we should always be there for our friends and family, whether that’s doing work for each other or just throwing a party together.”

“But it doesn’t hurt that you take a cut of every transaction made on the app, does it?”

“Not much,” he admits, twinkling again. “I don’t think there’s anything wrong with that. We’re providing a valuable service and the revenues let us improve the product and reach more and more people.”

He looks thoughtful. “How can I put this? We’re a forward-thinking company. They aren’t. I don’t want to be dragged down with dead weight.”

A Fugitive-era Tommy Lee Jones sits in his car reading a newspaper. He doesn’t like what he sees, shakes his head, throws it to his side, and strides out into the middle of a crime scene. Police tape everywhere. Not that many police though; there’s a woman steering a quadcopter taking video, and a man tapping on a tablet.

“Double homicide. Here’s the weird thing though. No signs of trauma or wounds.”

“Don’t tell me they died of old age.”

“Well… Michaels thinks it could be a heart attack.”

Jones rubs his face wearily. This is some bullshit all right, but it’s intriguing bullshit. As he’s thinking, a car pulls up, and a Speed-era Sandra Bullock exits wearing a sharp suit. Flashes a badge. 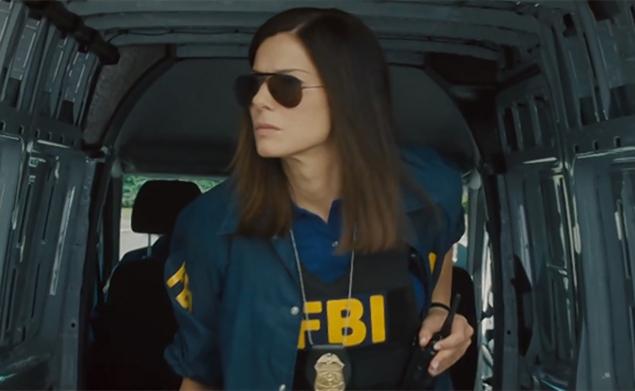 “The hell you are! This is Addison County jurisdiction and you -”

“I know where we are, detective. But this double homicide fits a very specific pattern that the Bureau’s been tracking this year. There’s a bigger picture here.”

“Oh yeah? And you drew that picture in the last five minutes?”

Bullock does everything she can to avoid rolling her eyes, and only partly succeeds. She gestures at her superphone. “The Bureau’s neural net picked up the first report six hours ago and cross-reffed it within seconds. I drove here overnight.”

“You seem very fresh, given the circumstances.”

“The car drives itself, detective. Now, what have we got?”

Cillian Murphy strides through his enormous open-plan HQ. It’s like Google and Facebook except for grown-ups. He exchanges words with engineers, pats people on the back, nods at colleagues, etc. Very charismatic. Arrives at his own desk, which looks just like everyone else’s, but there’s an unmarked door to the side.

His PA nods. He walks in, closes the door. Lots of monitors and such inside. Close-up shot of his throat; he’s not saying anything out loud, but we see a necklace is picking up his subvocalisations. Screens become alive, start scrolling data. Lasers triangulate on his hands as his fingers twitch quickly.

This isn’t any Minority Report nonsense – this is like magic. It’s pretty unnerving.

A big screen shows a live feed of the crime scene. He smiles. In case it wasn’t already obvious, Murphy is our killer. The live feed is pinned onto a map, and then we see another cluster of red dots in Florida. He walks out.

“Set up the jet for Miami, would you? I want to check in at our office there.”

[Investigative stuff happens. Jones and Bullock argue a lot. She uses her tech powers to find out very little, since there’s no DNA or sensors near the crime scene. Jones uses old-fashioned detective work to pick up a torn bit of cloth. They get news of a triple homicide, all heart-attacks, in some motel near Miami. There is some spurious reason for Jones to join Bullock on the journey there.]

“It’s just not possible,” says Bullock. “No-one can just disappear like that.”

She’s sitting in one of the motel rooms, juggling three tablets displaying CCTV feeds, door entry logs, etc. Jones looks on in disgust, and goes out for some detectiving in the crime scene a couple of floors below; looking at the floor, inside drawers, under the bed, that sort of thing.

As he’s peering into a wardrobe, his phone starts beeping. He leaves it for a while, but then glances at the screen. It’s a message from Bullock: “WATCH OUT, TWO COMING NOW!”

He looks up in panic, just in time to see a heavy throw a punch at him. He dodges, just barely. Cue fight scene. He takes down the first one but the second heavy is about to knife him when, bang! Bullock kills the dude from the doorway. He looks relieved.

“How did you know they were coming? Use your CCTV or drones or something?”

She shakes her head ruefully. “Just looked out the window.”

[Under interrogation, the surviving heavy reveals that he knows basically nothing. The job came from the Clear network. Jones and Bullock meet with Cillian’s deputy, Amy Adams, who stresses the network’s guarantee of privacy for all users. She can’t help them unless they have a warrant. Bullock starts the procedure on her tablet, complaining about hours of delay, but Jones turns on the ol’ threatening charisma.

Right then, Cillian walks in. Of course Clear will help the police! He gives them an IP address that resolves to a place in the middle of nowhere. They fly there, bond as equals on the way. 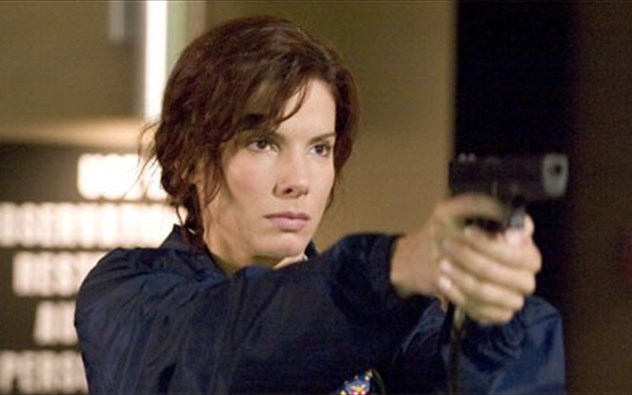 They plan a pretty sweet operation that combines Jones’ down-to-earth know-how with Bullock’s techno-wizardry. Drones and shit, you know. Unfortunately they’re too late – the two people are already dead and the bad guy has set up the situation so it looks like *Jones and Bullock* accidentally killed them. Their superiors take them off the case and refuse to believe a word they say.]

“We planned it *perfectly*, Jones. There’s no way the killer could’ve seen us coming.”

“Oh, there’s a way, Agent,” says Jones. He plucks her superphone from her hands.

“Hey, careful with that!”

Jones ignores her, throws the phone to the floor, and grinds it under his shoe.

“Bullock, only one other person knows we were coming here: Cillian Murphy.”

“That bastard. We’ve got to take him down.”

[Cillian’s next keynote in San Francisco. Jones and Bullock figure out he’ll be meeting/killing two other people in a spooky warehouse on the docks just before it. They set up an ambush, and this time it works until it’s revealed that Cillian is tracking Bullock’s smartwatch using Google Glass. She takes a bullet. But Jones is in the shadows! 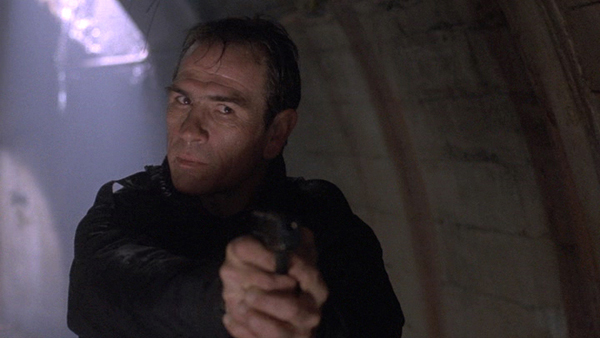 Of course everything has to be hushed up, none of this was by the books, so no-one can know what happened. Cillian died of natural causes, right?

“There isn’t a day that goes by without me thinking about Cillian and what he meant to this company,” says a sombre Amy Adams. “I learned so much from him. But what’s important is that we carry on his mission to bring people together, and I hope that as the new CEO of Clear, I can continue that mission.”

“And that’s why I can’t wait to tell you about our next big thing.”

A pillar rises from the stage, on which lies a pair of beautiful glasses. It’s like Google Glass but ten million times better-looking.

“I think you’ll all agree,” says Amy, putting on the glass, “it’s going to be a killer app.”

It goes without saying that KILLER APP would be promoted by an actual app called ‘Killer App’ along with an alternate reality game; and that after the movie’s release, there would be an augmented reality game where you go around killing each other; and that the lead-up to KILLER APP 2.0 (what else?) would feature another ARG running on wearables and maybe done with Punchdrunk or someone like that.