This month’s issue of Harper’s Bazaar magazine has an augmented reality feature in which you use a smartphone to ‘bring the cover to life’. It’s far from the first magazine to do it, and it’s hard to miss adverts on the tube or at bus stops that have some variation of ‘scan this advert to see something cool’. I’ve never actually seen anyone do this, but in the spirit of inquiry I decided to test exactly how long it would take to make this happen.

Here are the steps required for Harper’s Bazaar:

That’s a lot of steps. Going at full speed and using a wifi connection, plus starting from step 2, it took me 90 seconds from start to finish. If I wasn’t in such a hurry I would imagine it’d take about 2 minutes, and if you actually bothered to swipe through the Zappar tutorial you’re looking at 3 minutes.

But at least with a magazine there’s a good chance you’ll be at home when you’re reading it and on a fast wifi connection; plus you might be more inclined to try it since you bought the thing – why anything imagines that someone would do this while walking around outside is beyond me.

It would be OK if what you got was the most awesome augmented reality experience ever, but with Harper’s Bazaar, it was just a video. To be precise, I watched a video superimposed onto a magazine cover that I’m looking at through the camera of my iPhone. My iPhone screen isn’t that huge, and when the video only covers part of the magazine, it’s really quite tiny. If it was a great video, then you’d probably want to watch it on a computer or tablet, or at the very least, full screen on the iPhone; but here it’s just a gimmick, and a bad one at that since it pales in comparison to superior gimmicks that show 3D objects or similar.

So basically my point here is that it’s a big waste of money. What’s new? Precisely nothing at all – we’re just seeing augmented reality go through the classic hype curve in which a new technology makes possible something that we’ve always wanted to have (i.e. Terminator-vision) but in a form that is manifestly unsuited to most applications. Consider: 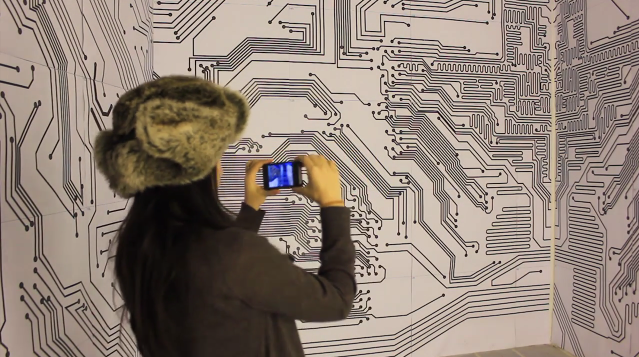 None of these challenges are insurmountable, but it’s foolish at best and disingenuous at worst to suggest that smartphone-based AR is anything other than experimental and highly unlikely to provide any conventional return. So, hey, if you’ve got money to burn, by all means play around with AR, although it wouldn’t hurt to try something a bit more interesting; but if you don’t (as is the case for most of the publishing industry), save your cash. No-one wants AR yet because there has been no clear demonstration of its strengths above and beyond what we already have.

Just because you can do something doesn’t mean you should do it.